Large cooling surface
The cold plate bottom covers the entire surface of the respective processors. The area of the cooling fins exceeds all known processor cores with an area of around 55 x 42 mm. This ensures that all hotspots of a CPU are directly covered and thus optimally cooled. With the additionally available AM4 bracket, cooling an AMD Ryzen processor is also child's play. The cooling fins are 0.4 mm thick and also have an optimal distance of 0.4 mm between them. In total there are 58 cooling fins on the bottom of the cooler. The bottom of the cooler is only 3 mm thick, which allows the heat to reach the water and be dissipated as quickly as possible.

Copper radiator
As per usual with Alphacool, the radiators are made of copper. Alphacool is the first manufacturer worldwide to use copper for all water bearing components such as the antechambers, the cooling fins and the cooling channels to which the fins are soldered. The connection threads are made of brass for strength reasons. In addition, the cooling fins are only lightly painted. On closer inspection the copper shimmers through a little. A thick lacquer coating would result in a reduction of the cooling capacity. The fin density is at optimal 15FPI. Therefore the radiator works perfectly even at low airflow. A too high fin density would require fans with higher speed to achieve the same cooling capacity. A lower fin density would no longer benefit from fast rotating fans. So the golden mean was chosen.

Real water cooling
The Eisbaer Pro Aurora consists almost entirely of actual water cooling components. The extremely robust and durable TPV hoses are used in the enterprise products for servers and workstations. The hose connections also come from the Enterprise series from Alphacool and use the standard G1/4". This makes the Eisbaer Pro Aurora fully compatible with all common water cooling products. The quick-release fastener allows easy expansion of the AIO with additional components. The most important of these are the prefilled radiators and the Eiswolf GPU AIO water cooling system.

Fan and lighting
The entire Eisbaer Aurora Pro cooler is equipped with addressable digital RGB LEDs. This gives a real eye-catcher in the Case. The Alphacool Rise Aurora fans are also fully illuminated with 5V aRGB LEDs. The fan frame a unique pattern with many small cutouts that create a particularly noble effect. You do not see individual LEDs and the lighting is much more interesting than a simple LED ring. Of course all Digital RGB LEDs can be controlled at will. Depending on the controller almost all effects are possible.


How to connect everything
The fans are normally controlled via a 4-pin PWM connector. An included Y-adapter for the fans makes it easy to connect them to the mainboard. This allows all fans to be controlled and regulated via one connector. Each fan has a 3-pin JST connector including Y-adapter for the LED illumination. This allows the fans to be connected directly together and can also be controlled simultaneously via a controller. For the connection to a typical 3-pin 5V connector a corresponding adapter is included. Alternatively, the included Digital RGB controller can be used. The pump of the Eisbaer Aurora uses a 3-pin Molex connector. This can also be connected to the mainboard. The Eisbaer Pro Aurora is a true multi-talent. Expandable, fully compatible with DIY water cooling components and it is the optimal solution for the most powerful processors on the market. 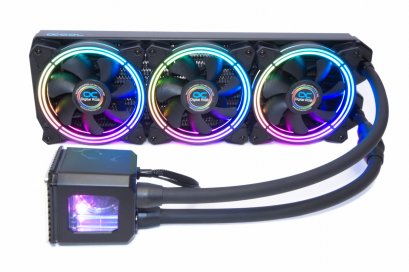 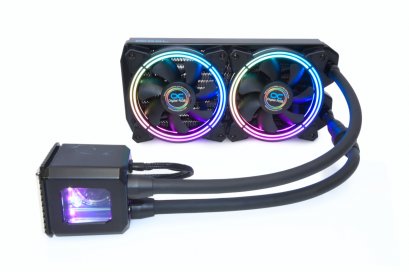 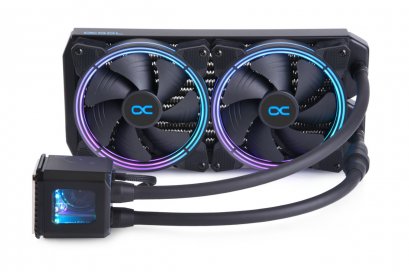 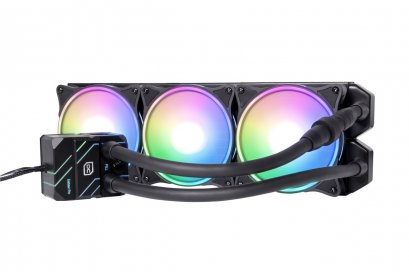